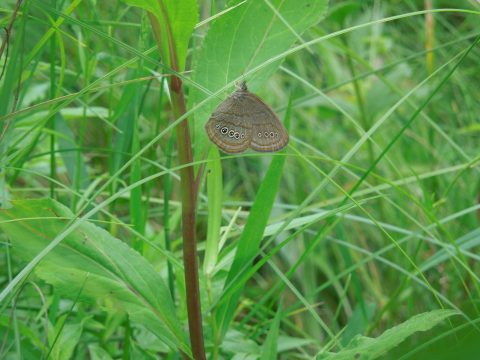 This summer, 20 of the federally endangered Mitchell’s satyr butterfly were counted, which is down from 36 last year and 32 in 2015. During their visit in late June, scientists collected eggs from two females. From those eggs, three turned into larvae and have gone into chrysalis, and should be emerging as adults soon. If the adults are able to produce eggs, the eggs will be reared over the winter, with the plan of releasing the new adults into the east fen at Camp Friedenswald in June 2018. Mitchell’s satyr are currently found in the west fen, and so this project seeks to introduce them into the east fen.