If you’ve been to Camp in the past year, chances are you’ve noticed the water level of the wetland area you must cross to get to Main Camp has changed. At the recommendation of hydrology experts and scientists from Michigan State University, the water level has been lowered through a simple maneuvering allowing for a more natural flow of water through the area. In just one year, the results have been noticeable with a reduction in ponding of water, and a distinct stream (officially named “Mud Creek”), fed by fresh springs flowing through a sedge meadow. According to photographs dated pre-1930’s, the flow of water through the area is more representative to how it would have been prior to development.
Additionally, removing impediments to the flow of water has reduced the flooding of the tamarack trees, and hopefully improved habitat for the federally endangered Mitchells satyr butterfly and massasauga rattlesnake, which are associated with groundwater fen wetlands.
Next time you’re at Camp, be sure to stroll down the Fen Boardwalk and take a closer look. 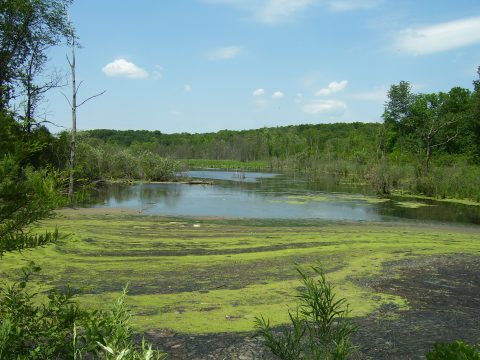 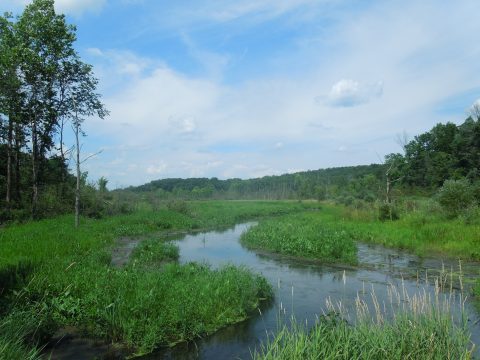